The Lunenburg Water District (District) was established in 1939 through an act of legislature. The District is a separate and distinct municipal entity within the boundaries of the Town of Lunenburg.  The current District boundaries cover approximately 70% of the Town.  The District operates through the same laws and requirements that are required
of Towns.

The source of water in 1939 was supplied from the City of Leominster.  Water was pumped from Leominster into Lunenburg via a booster station on Lesure Ave.  The brick building that housed the equipment is still present. The water from the booster station pumped the water to a 250,000 gallon water tank on Sunnyhill Road. In 1961 a well was installed on Lancaster Ave to assist in the supply of water.  In 1963 two additional wells were installed that allowed us to supply all the needs for water to the District.  The old booster station to Leominster became a standby source for many years and was finally disconnected in 1975.

The current water system has 50 miles of pipe ranging in size from 6-inch to 16-inch.  There are two storage tanks.  One built in 1981 on Chase Road that holds 2.8 million gallons and the other tank on Sunnyhill Road was built in 2003 and holds 500,000 gallons of water totaling 3.3 million gallons of total water storage.

Currently there are 4 wells on Lancaster Avenue, one well in the Hickory Hills area of Town and our newest well that was installed last year is located south of Lake Shirley near the Lancaster Shirley line.  Average daily use of water over the year is approximately 480,000 gallons per day. We range from 350,000 gallon used per day during the winter months to a high of 1,200,000 gallons per day during peak days in the summer.  During 2012 we pumped and treated over 158 million gallons for the entire year.  Due to conservation efforts, low flowing devices, and a active leak detection program, yearly flows have dropped from a high of 200 million gallons per year. 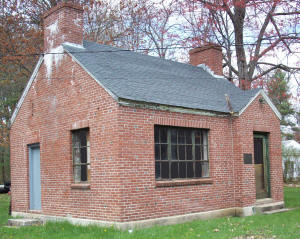